Accept failure or be an exception: how to buck CLM implementation trends 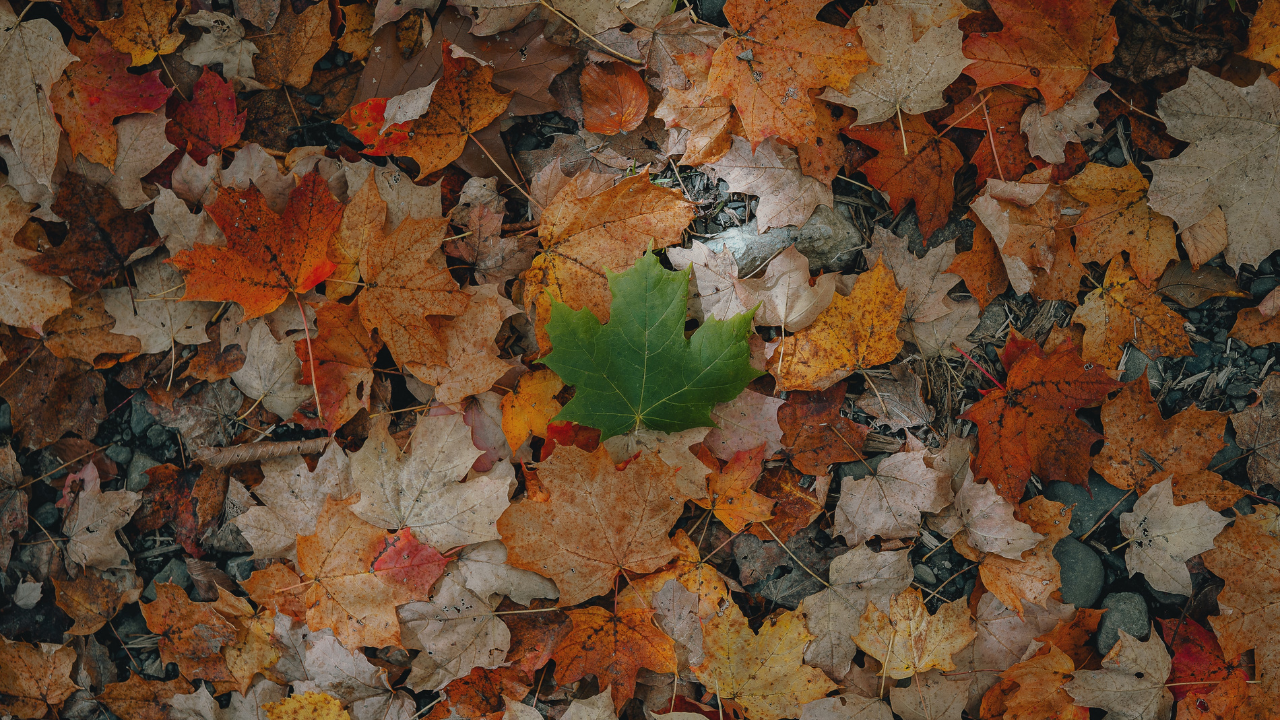 Today, in nearly every organization around the world, a technology implementation is failing.

After months of reviewing technology options, hiring consultants, polling stakeholders, signing up for courses, and scheduling customer success webinars, programs still fail to take off. There’s nothing unusual about it.

And yet, in a sea of change failures, Contract Lifecycle Management implementation stands out. The technology fails to deliver and dashes hopes at an alarmingly high rate.

After a decade in legal managed services and technology, I’ve seen CLM implementation snafus from all angles. The reasons for failure are deep-rooted and systemic, but that doesn’t leave you without options.

Here’s an overview of the hard truth about CLM programs:

Let’s take these truths in reverse order to see if we can separate the cause from the effect.

The Cloudiness of CLM Hype

Money covers up a lot of sins, especially in the technology industry.

From Alan Greenspan’s warning against the “irrational exuberance” of the dot com bubble to today, quick infusions of private capital can skew perspectives. We inflate hopes faster than we create solutions.

Roose argues that private capital has been so available for so long that companies have used bad economics to get out front, a money-covers-sins reality that’s lasted a whole generation. Backed by VC billions, companies like Uber and DoorDash have delivered services at below cost just to push out the competition. It’s a longer-term play that’s fueled by cash.

Contract Lifecycle companies have also seen enormous infusions of private capital. This is a market that didn’t exist 15 years ago and now it’s a fast money darling. VCs have given millions of dollars to CLM software teams and told them to spend it quickly on growth. That has driven a corresponding explosion in hype.

The boom in dollars and promotion has reset legal departments’ expectations of CLM, and contracts provide the promise. They bind every company’s elaborate supply chains. Understanding them means more insights and managing them means more deals.

Plug in a CLM if you want to connect sales, procurement, and legal in a way they’ve never seen; use AI to find red flags and never miss a renewal date or deadline; and do it all while cutting costs.

Inspiring promises. With all this hope, is the technology delivering?

No. But how could it?

Every change effort requires some hype. There’s activation energy behind big promises, but how far are the promises of CLM outpacing reality?

I would argue that hope is currently beyond what the technology can realistically deliver. But is that unique to CLM, and if not, why is CLM implementation so uniquely difficult?

Here are a few requirements that are not unique to CLM:

A technology solution must have high ease of use. Without strong and familiar user experience, adoption will suffer.

A solution must solve known problems that matter. To achieve adoption, the tool must serve “pragmatists in pain,” and none of those pragmatists have time for a nice-to-have solution to a nice-to-solve problem.

Users must achieve quick wins. Curing a pain that matters can’t rely on a user’s patience. The relief must be felt quickly, even (and maybe especially) in small ways.

These are best practices when it comes to technology product development, and you can debate whether a given CLM tool checks these boxes. But I’ve seen options that meet these requirements and still fail in execution.

The context for CLM calls for special consideration.

Contracts are unique documents. They are high risk, requiring a level of attention to detail that most corporate systems are not prepared to handle. And most corporations haven’t handled them. Implementing CLM often means creating processes from whole cloth, drawing attention to a risky activity that everyone agrees is important but few understand where to start. Reconciling contracts following a merger of two equals, as an example, can be a political minefield with low likelihood of successful navigation.

They are also high variance documents. Any organization’s repository of contracts will contain significant noise alongside the signal.

The mission critical aspect of contracts also means you can’t simply stumble through an implementation. While “fail fast” iteration might work for other initiatives, contracts require a full changeover to new solutions in order to be effective.

CLM is also not a specifically legal technology, it is an enterprise technology. CLM promises to bridge several departments within corporations using contracting as a central activity, but that’s often its undoing. Each department has its own norms to work around. The expectations and needs of these groups can be very different, creating a significant obstacle to implementation. And the universality of the tool makes mandatory training an enormous use of will and capital.

Buying a contracts tool—even an intuitive one that addresses a known, significant problem—can’t rely on a history of highly cooperative humans operating on a highly-shared language of contracts. That simply hasn’t happened.

In that respect, we have to question whether relevant actors inside organizations are ready to make such a massive concerted change.

The data around CLM implementations says they are not.

Let’s ask a people-focused question that’s oft-repeated in articles like this: Who owns Contract Lifecycle Management?

I mentioned before that CLM is touted as a solution for company-wide issues, so who should spearhead implementation?

Is it legal? In most companies, the legal department is seen as a necessary evil, hardly looped into strategic initiatives.

Is it IT? How likely are they to let the tool lead decision making when the departments they aim to serve don’t currently have processes in place?

Every possibility brings us back to one cumbersome truth: CLM seems revolutionary because it promises to use contracts as a bridge between people and resources that are currently siloed. It is valued precisely because it addresses a problem that so often undermines its implementation.

The people you’re counting on to implement CLM aren’t organized in a way that makes implementation easy, and the current hype only paves this problem over with unrealistic expectations.

How do you solve such a deep-seated issue and achieve the promise of Contract Lifecycle Management?

Many choose to focus on better process, better documented workflows, a well-tested 18-part program. We have read the listicles circulating around our industry purporting to contain implementation best practices. And many of them may contain helpful pieces of the puzzle, but the secrets to a successful implementation are not so easily reduced to bullet points, even if that’s mentally satisfying.

I want to come back to how we organize people—complex creatures with expertise and up-to-date command of the state of the art, people that do not easily reduce to a list of bullets.

The organizations that need CLM are attracted by its potential to transcend silos, deliver a single source of truth, and possibly inspire new behaviors that could create new, healthier culture. At Factor, we’ve found that achieving that often requires outsiders’ credibility and experience to dismantle barriers.

It would be easy to glide past that claim, but it really is revolutionary and perfectly adapted to the issues CLM attempts to address. This is a situation in which expert consultants, incorporated properly into an existing team, can bridge the gap between reality and hope. Our approach focuses on those crucial integration points, and integrated teams always start with people.

Factor has experienced consultants, equipped with our best practices gained through lived experience, who apply them across contexts. We accomplish this by embedding our teams in an organization and allowing them to cultivate a context-adapted whole solution that can be implemented in parallel to existing processes until the moment that full changeover is possible.

Our teams purposefully design contract processes (rather than rely on a tool to define them, or tradition), create templates and playbooks, stay integrated through a change and training process, and leverage smart tools to extract valuable information from past and current contracts.

Integration is how we organize people differently, allowing us to handle the complexity of contract management at scale.

What We’ve Learned About CLM

Crucially, here’s what we’ve discovered about CLM that addresses the three stumbling blocks I mentioned at the outset:

1. People who are actually qualified and prepared to lead CLM technology implementation are hard to find.

Few have ridden this new wave, even fewer with some idea of success. While every organization would benefit from building an experienced contract management team, not many have done it. If you see CLM as a possible bridge between so many silos, and a source of data and revenue that’s so far underutilized, invest in experience and focus. CLM implementation should not be anyone’s side gig.

2. The readiness of CLM technology is incredibly varied.

Some providers have implemented good design and adoption techniques, others have not. If you assign internal staff to select a tool without outside support, you’re likely to have a tool that leads decision making, rather than finding the right solution for your specific situation.

3. While marketing hype draws attention to problems your company may have overlooked in the past, be wary.

This space is simply not plug-and-play. Let the hype lead you to fundamental questions that lay the foundation for competitive advantage rather than chasing shiny objects. Many are the promises that say easy and do hard.

As you wrestle with the selection and implementation of Contract Lifecycle Management tools and processes, I hope that you’ll take these learnings with you. Consultants and outside support aren’t always the best solution, particularly if they are not well-integrated, but they are often your most crucial allies.

Where CLM implementation projects are concerned, the right people are the solution.